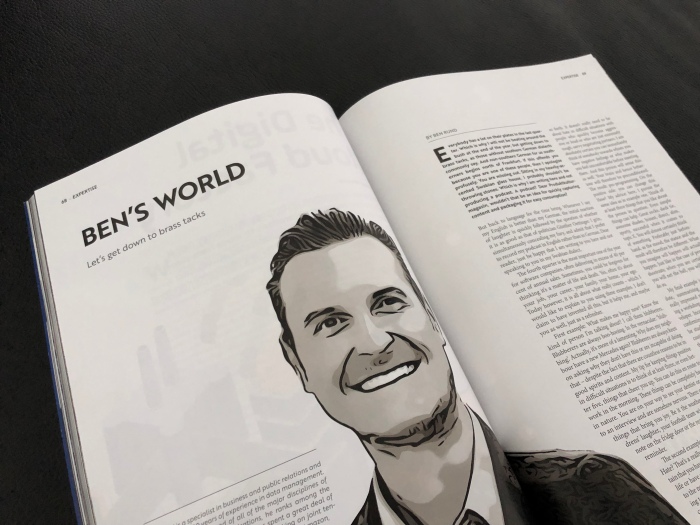 Everybody has a lot on their plates in the last quarter. Which is why I will not be beating around the bush at the end of the year, but getting down to brass tacks, as those without southern German dialects commonly say. And non-southern German for us southerners begins north of Frankfurt. If this offends you because you are one of these people, then I apologise profusely. You are missing out. Sitting in my accented Swabian glass house, I probably shouldn’t be throwing stones. Which is why I am writing here and not producing a podcast. A podcast? Dear Produktkulturmagazin, wouldn’t that be an idea for quickly capturing content and packaging it for easy consumption?

But back to language for the time being. Whenever I say my English is better than my German, the initial reaction of laughter is quickly followed by the question of whether it is as good as that of politician Günther Oettinger. I grin, simultaneously concealing my fury, and admit that I prefer to record my podcast in English rather than in German.

Dear reader, just be happy that I am writing to you here and not speaking to you in my Swabian dialect. The fourth quarter is the most important one of the year for software companies, often delivering in excess of 40 per cent of annual sales. Sometimes, you could be forgiven for thinking it’s a matter of life and death. Yes, often it’s about your job, your career, your family, your home, your ego.

Today however, it is all about what really counts – which I would like to explain to you using three examples. I don’t claim to have invented all this, but it helps me, and maybe you as well, just as a refresher.

Please check out my full column in English or German from “Produktkulturmagazin” below:

I thought I leave the best for last and try to help inspire some people, looking for Xmas gifts for their husbands, boyfriends, dads or any men.

With those brands new are never wrong. Where to find it?